On March 6, 2013, Ken Wu of the Ancient Rainforest Alliance presented some recent research findings on the extent of raw log exports from BC and provided an analysis of how BC could build a diversified, value-added, second-growth forest industry. 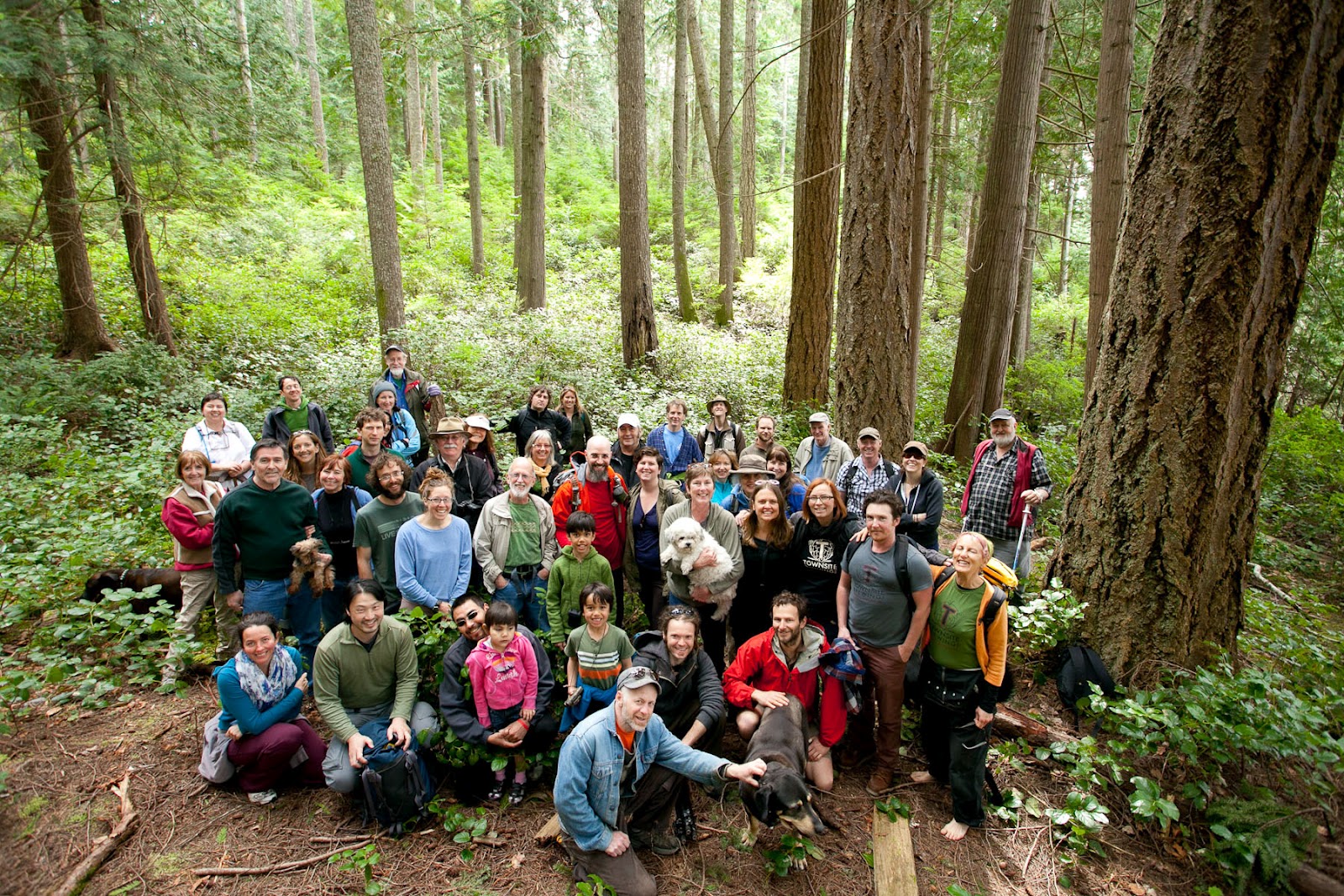 In 2012, Ken Wu and TJ Watt of the Ancient Rainforest Alliance visited Stillwater Bluffs south of Powell River and hiked in support of this area becoming a regional park. For more information, visit the Friends of Stillwater Bluffs website at http://fosb.blogspot.ca/.

After Ken’s visit, Janet Newbury of Powell River Voices contacted him for a concise list of recommendations on the basis of his talk; i.e., what engaged citizens can ask policy makers to do, and what they can do to engage meaningfully with the issue.

Here is part of Ken’s response:

The main ask of our organization is that the BC Liberal government and NDP opposition must commit, before the election, to a new sustainable vision of forestry for the province where we’re losing jobs and the ecosystems are collapsing too (as is evident by the diminishing populations of species like mountain caribou, spotted owls, the demise of numerous salmon runs, etc.). We are asking the parties to commit to:

The things citizens can do include:

In addition to this list of possibilities from Ken Wu, you might also want to host a viewing and discussion group based on his talk, which you can see below or on YouTube: